Many Greenhouses Added Throughout the Years

Case passed away in 1965, at which time John and his wife Stella moved to the farm. John & Stella continued to farm and raise three children.

In 1979 John Sr, Stella & John Jr started Big John’s Farm Market, joined in 1980 by John Jr’s wife Sandy. We raised vegetables to sell at the farmstand along with onion sets, and grain. After deciding to stop raising onion sets in 1983, farmers markets in the city of Chicago were added to the mix.

In December you will find Christmas trees for sale at Big John’s. Around this time the work starts in the greenhouse for the next season. First, planting seeds and cuttings, then hanging baskets, combination planters, and much more, including our own vegetable plants for the field. We open to sell flowers at the end of April.

When the greenhouse flower season slows down, farming picks up. We grow vegetables to sell at the farm market on Joe Orr Rd and our two farmers markets in Deerfield and Tinley Park. We also sell at the wholesale produce market in Chicago. We take pride in growing the best sweet corn around. It is picked fresh daily in season.

Now working with the 4th generation of the DeBoer family, we strive to give you the highest quality plants and vegetables. Whether growing our special combination baskets and planters or the freshest produce for you, we are happy to offer you our best.

Come by and check us out!

About Us
Specials
Annuals / Perennials
Veggies / Herbs
Gallery
Contact Us

THE PERFECT GIFT FOR THE PLANT LOVER IN YOUR LIFE 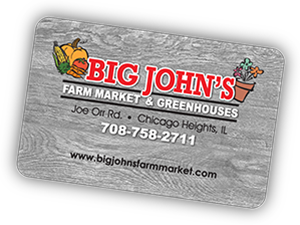